MSGT Frank Hall wrote: ↑
Mon Mar 11, 2019 6:23 pm
Apologies if this has been asked over and over. That said, what is considered canon, for example, a battlecruiser's hull markings, hull number (e.g. BC-566) and name (e.g. HMS Heracles) or just hull number or just ship's name?

According to Jayne's, it's Hull Number in large font on top of the name in smaller font (all caps, left-justified). If the ship is a flagship, then there is a formation flag indicating the level (fleet, squadron, etc.) and the rank of the flag officer. Here's an example from when HMS Hector was the First Fleet flagship: http://www.raynsedge.net/hector/
Michael Bonh liked this
Eric Schulman, KSK, OM, SC, OG, ME, MP
Vice Admiral of the Green, RMN
Progressive Party Leader, House of Commons
Commandant, Gustav I Command College of Space Warfare 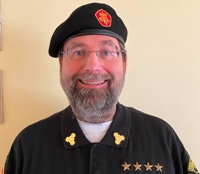