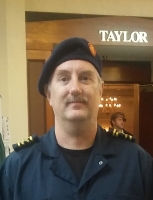 Ooops. I believe you are right ...

But ... that makes it even easier. There is no specific description of what her father or mother looked like, so she could be played by almost any young actress.

#19810  by Oliver Kindzorra
Mon May 28, 2018 12:40 pm
First, let me start off with the fact that I would love to see a movie or movie series, real or animated, about the Honorverse like all of us would. And I agree that GoT and The Expanse can be very good examples for it. Especially the latter is a perfect example to make a very good Sci-Fi series based on books.
Second, there is already a Comic called "Tales of Honor" that could be used as a starting point for an animated series, if someone wishes to do so. And yes, I expect the cost for an animated series to be somewhat lower, but I'm not in films and might err here on the wrong side.
Said that, I think this is not the point nor is it the budget in the first place. Those of us who followed the "Axanar" incident knows that it doesn't need a multimillion Dollar budget to deliver a high quality short film that scared the hell out of some big Hollywood Studios and as a result changed all the rules for "fan films" based on the Star Trek franchise. This short film was financed using crowd funding and was driven by highly dedicated people as we all are as well. Or aren't we? We just need to know how to get it set up and get it done. Strategy should be to start small and grow tall. Why want a multimillion Dollar production if you can start small and thus convince Studios or Netflix, Amazon or other to finance its continuation? Prelude to Axanar (https://www.youtube.com/watch?v=1W1_8IV8uhA) is a perfect example how to do it if you do not have big money. Maybe someone invite Alec Peters from Ares Studios that produced Prelude to Axanar to the next MantiCon/HonorCon and bring him together with David Weber and us as fans for an open panel discussion around this topic. We are dedicated fans and we are creative as well, so I would love to discuss how WE as a fan community can drive it instead of waiting for others to do it for us. I'm pretty sure that we can get a 15 to 20 minutes high quality short film done. And with that it is far easier to drive things into the right direction. Who knows, maybe we become the "Next Generation" and Star Trek will be a thing of the past. Nah, I don't think so, but someone needs targets!

Anyway, I would like to see that happen.
And regarding the discussion "introducing kids to Honorverse" I agree that this is a topic. But this is the good thing about the Honorverse compared to other Sci-Fi fanchise like Star Trek or Star Wars. We already have the Young Adult and the Anthologies Series of books which gives the Honorverse a more diverse appearance than those other franchises. And I remember to have seen an interview where David said that he even has a book series in mind with HH's children. So, we can even cover that one, if we want. Surely with Davids support. We even can strike two flies at the same time using the Young adults for the short films and thus establish the characters, the background and interest into this topic. But as I said, we need to discuss this and JUST DO IT!
Sir Oliver Kindzorra, KCE, CGL, QBM
Consul General, Civilian Corps

#19813  by Peter Gold
Mon May 28, 2018 1:25 pm
Uh from the time lines HH children would be in their 30s or 40s. Not young adult, just her kids. Think Caroline Kennedy now or Chelsea Clinton now. Both kids of important politicians but definately not kids.

Let me do some thinking on that. I know a few people ...
Respectfully submitted,

#21194  by William Plasse
Sun Jun 24, 2018 1:46 pm
I think a series would be preferable to a movie, in that it could bring so much more of the Honorverse to life. You'd have the storyline of the novels as a backbone, and then you could have any number of subplots - political maneuvering, side missions, relationships, and so forth.

I'd sort of like a series to begin as Honor is finishing at the Academy - the conflict between herd sh and Pavel Young would be a strong draw. Readers have the advantage of knowing how this progresses, but imagine being new to this..seeing Honor defeat him early on, then begin her career, and then towards the end of the season find herself having to deal with him at Basilisk.
William Plasse, SC, ME, QBM
Major, RMMC
CO MARDET Barbarossa
DEPCOM RMMCTSC 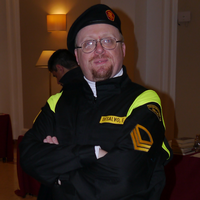 With all due respect, "Tain't necessarily so", Sir.

I consider the amount of FX required for Treedat, and the costs, to be far more in line with the SF movie Serenity. The entire budget for that was $39 M, and it succeeded brilliantly for such a low-budget film, garnering more than $64 M worldwide. And as someone else mentioned, it might be possible to crowdsource the FX portion (or some major part of ) of that budget, if a quality production house was willing to take on the rest on spec.

By the same token, the FX budget for Fantastic Beasts was not anything like $180 M. If it was 1/3d the total budget, it was high, and virtually every scene in that movie had extensive FX in it.

BTW, there now are dozens of quality FX companies (like Framestore - Fantastic Beasts or ZOIC - Serenity). Costs do not have to be at the level of what ILM would charge. In fact, a somewhat lesser FX light might be willing to do the work on spec or at cost if their contract included being used for any succeeding films provided the original 'made money'. Sometimes it just takes a bit of fiscal and functional imagineering, and promoting an understanding that there is lots more material that could be used for a (or several) film series.
Karyn Hill, KDE, QBM and -2 others liked this
Respectfully submitted,