#16636  by Kevin Walsh
Tue Feb 27, 2018 11:16 pm
I would also be interested in contributing if its needed. I have worked on stuff for Traveller, Champions, Mechwarrior, and Space 1889 over the years, my specialty tends to be mostly tech stuff 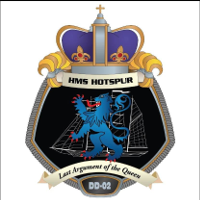 Philip Culmer wrote: ↑
Tue Feb 27, 2018 6:54 pm
I might be mistaken, but my understanding is that all of the approved games are tactical or strategic gameplay based - pistol for land and rifle for space (or possibly the other way round).

So if members gather for a game night, they HAVE to play some sort of non-skill game that really has nothing to do with marksmanship physical skills in order to earn a marksmanship award? Somehow, I just can't see the sense of that. It's like saying you can earn a wounded stripe by reading about giving blood or being injured.


If individual FPS types were permitted, I suspect JJ could get a medal for all the HALO he plays. Having said that, there is a HALO themed tactical sim called HALO Wars, but I don't think that's on the board yet.

Not sure about JJ, but I hold a qualified Sharpshooter rating IRL with an M-14, an M-2 Carbine, and an M-1912 .45 semi-automatic pistol. It seems slightly silly that a person who holds those certifications can wear them on his(her) real-life uniform, but can not get credit for them in tRMN.


That's a diversion from your question, though. My understanding is that the marksmanship awards are for social play of tactical games rather than actual marksmanship. (Very explicitly NOT for actual, and pretty sure not for virtual).

Using my own Savage .32 cal semi-automatic at a commercial indoor pistol range, I can plug 10 of 10 shots in a 2" diameter bullseye at 25 feet using point-shoot. But I can't send in an image of such a target (or set of targets) dated and signed by the range operator to get credit for my capability? Shucks, even the NRA is not that ridiculous.

Why can't a group of us go to a RL range and shoot in friendly target competition? That's just as much of a "get-together" as any board game night, and might really interest a lot of our members. In addition, we could be passing skills and safety considerations on to others who never even have picked up a firearm, much less shot one.

Or why not at least allow us to get together for a game night and use individual electronic devices to play a specified target game in friendly scoring competition? The senior person attending could act as the Range Officer and send in image shots of the screen of the winner's score as a qualification for certification. For that matter, (s)he could send in image shots of the score for any player who desires to use their current score for award qualification.

#16676  by Philip Culmer
Wed Feb 28, 2018 7:28 pm
My understanding is that there are potential liabilities for the organisation if we encourage - such as by an award - activities involving actual shooting, especially if something untoward happens.
As the potential downsides of an accident or similar are so extreme - however unlikely such an accident might be, or how much care is taken by those involved - Admiralty has taken the position - upon legal advice - that they cannot provide any kind of reward or qualification, or sponsor any activity, involving actual shooting.
The closest that is possible is Laser Tag, because no projectiles are involved. I suspect that your suggestion of an electronic target shooting competition might come under the same consideration, but Admiralty would have to issue an actual ruling on that.
Last edited by Philip Culmer on Wed Feb 28, 2018 7:31 pm, edited 1 time in total.
SIr Philip Culmer, KDE, MC, KR, QBM, MIS, MP
Surgeon Lieutenant Commander, RMN
Speaker of the House of Commons

I believe the idea around the rifle and pistol awards, centers around the concept of tactical gaming, which has a large contingent of TRMN members participating, as part of their regular activities. I know Commodore McTavish has a weekly game night for 2nd fleet members, based in the twin cities. HMS Merlin, our sister ship, also has weekly and monthly gaming at Lionheart Games in St. Cloud. I’m sure you could reach out to Capt or Commander Erikson for times and would be very welcome.

The SciFi community, cosplay, and gaming have lots of overlap, and it is a way to get chapter and group participation. Remember, there is even a game of saganami Island Tactical Simulator (which can be used for ATC credit).

Your analogy re a wound stripe for thinking of giving blood is not a perfect comparison. A wound stripe can indeed be earned for giving blood at a sanctioned event, and a pistol or rifle award for playing the appropriate tactical game. A Manticoran Combat Action Medal is earned for taking SIA classes, not for actual combat. Just because we call an award something, doesn’t mean that is the actual activity. No one really survived the Havenite War

I would probably enjoy real marksmanship contests, but the TRMN is probably not the correct forum for such.

Phil is right in his response. It is clearly spelled out in Awards Manual that “Due to the legal liability associated with offering awards for actual marksmanship, live fire is specifically prohibited from being used to earn this award. Please see Admiralty Order 1406-03 for further explanation.”

Philip Culmer wrote: ↑
Tue Feb 27, 2018 6:54 pm
I might be mistaken, but my understanding is that all of the approved games are tactical or strategic gameplay based - pistol for land and rifle for space (or possibly the other way round).

They are rather specific lists of games. There are some air and naval games for Pistol. 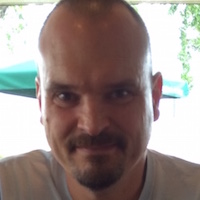 #16729  by Philip Culmer
Thu Mar 01, 2018 6:06 pm
Thanks, Kris.
I'll read up, and see if there's something that I can get JJ interested in. He just asked me about D&D, so there might be a chance of getting him doing stuff that's not on a console.
Kris Miller liked this
SIr Philip Culmer, KDE, MC, KR, QBM, MIS, MP
Surgeon Lieutenant Commander, RMN
Speaker of the House of Commons

I'm not sure who JJ is, but good luck!

I see we are both in Lincoln, but the letters afterward might put us on different continents. I think GB is Great Britain? If so, I'll be in Peterborough in a few weeks, and visiting some TRMN members in the Nottingham area on March 4. @Amanda Barrow
Kris Miller, ME, QBM
Chief Petty Officer, RMACS
Astro Control Officer for RM Aerospace Wings

I think GB is Great Britain? If so, I'll be in Peterborough in a few weeks, and visiting some TRMN members in the Nottingham area on March 4. @Amanda Barrow


March 4th??? I have got a HUGE note scribbled on my diary for APRIL 4th... [details to be confirmed]

#16790  by Philip Culmer
Fri Mar 02, 2018 9:39 am
March 4th might make it a bit tricky to get around, given the current weather, but if it's April we might get the opportunity to meet up, who knows? I think we have a ship meet-up planned some time around then, in York, and there's also Eastercon, in Harrogate.
SIr Philip Culmer, KDE, MC, KR, QBM, MIS, MP
Surgeon Lieutenant Commander, RMN
Speaker of the House of Commons