#16437  by Shawn Merrow
Wed Feb 21, 2018 5:33 pm
At RadCon the HMS Eardsidh Kamerling ran an Artemis room using the Steam version. I noticed it connected by IP, so did some research and found out that it can be played online unlike the original version that requires a LAN. I think it would be fun to have ships, play this online. It can be as a team or head to head.
Kris Miller liked this
Shawn Merrow, NS, ME, QBM
Colonel, RMMC
MU Head - Society of World Civ

#16440  by Michael Panter
Wed Feb 21, 2018 6:11 pm
This is a great idea! The Hawk crew have been playing over the internet using Discord for voice about once a month for three months or so now. I can't speak for my crewmates, as I've not discussed it with them yet, but for my part I'd be interested.
Michael Panter, OC, CGM
Lieutenant (SG), RMN
Communications Officer, BuPers Office of Retention
Disbursing Clerk Instructor, TSC

#16441  by Chris Thompson, 3SL
Wed Feb 21, 2018 6:41 pm
The standalone (non-steam) can be played online as well. You just need to provide an IP address to the machine you're searching for as far as server.
Wayne Bruns liked this
Christopher Thompson, GCE, MC, OC, KR, SC, NS,
Rear Admiral of the Red, RMN
Third Space Lord, Bureau of Ships
The Right Honorable, The Baron Calabasas 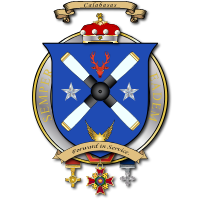 #16449  by Shawn Merrow
Wed Feb 21, 2018 11:50 pm
It would take a lot of coordinating but a tournament between the fleets would be fun. It would start at the fleet level with the top two going on to the inter-fleet finals.
Michael Panter liked this
Shawn Merrow, NS, ME, QBM
Colonel, RMMC
MU Head - Society of World Civ

David Misener wrote: ↑
Wed Feb 21, 2018 10:00 pm
The hardest part of playing online is setting up something to act as a server. For the Hawk, I've made 2 changes to my basic router set-up to allow us to run a server for Artemis.

I think it'd be fun to run co-op games to try the harder difficulties.

Coop games are fun. My favorite is to have the ships in separate rooms and then have the comms the only ones able to communicate between ships.

That said, I have played all the difficulties with a single ship and won. You just need a tight crew and a good strategy.

I still have fond memories of the time my cousin and I beat difficulty 7 while using the scout ship. 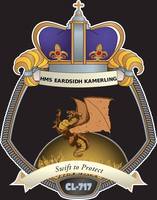 Discord would allow different ships to have different channels. As for communication between ships, I'm not sure how to set up something like that in discord but I do know how in ventrillo
--
Rear Admiral of the Red David Misener KDE SC CGM
Fifth Space Lord
TSC Personnelman

#16466  by Philip Culmer
Thu Feb 22, 2018 11:29 am
If you've got multiple channels/rooms, you could have two for each ship:
one for intra-ship, one for external comms, and possibly one global channel for general broadcasts, with each having a voice channel and a text channel. I'm not sure if you can listen to more than one channel at a time, though, which could make things harder - perhaps the comms officer could enable TTS for all channels, and switch to the external comms or global voice channel if hailed on the appropriate text channel.
Sir Philip Culmer, MIS, KDE, MC, KR, QBM, RMN, MP
Surgeon Lieutenant (SG), RMN
Speaker of the House of Commons

Discord would allow different ships to have different channels. As for communication between ships, I'm not sure how to set up something like that in discord but I do know how in ventrillo

There's a lot of little tricks you can use.

For example, you can taunt enemies into minefields or black holes.

The Comms Officer can do a lot of organization of the friendly ships to help defend and make quests super easy to perform, they can also get ships to surrender part way through the fight, saving you energy and time.

The Mines that your ship are equipped with are as powerful as nukes and you get a lot more of them, so once you learn to deploy them offensively by dropping them just in range of the enemies and warping out before it blows up, you have more nukes than the game was designed around the ship having.

And, of course, beyond the multitude of tricks like those, there are the different classes of ships, which changes the difficulty a lot.

If you guys want a little inspiration for an artemis set up.

We are able to link two, no problem, at the convention so play some co-op games. It's a big hit.

We don't use the steam, because it would be cost inhibitive. The license from the actual developer is good for as many as you need, and I believe the updates hit that site first.

If you have questions on how to do a build, or what works/doesn't work, ask me, we've been doing it solidly with setups similar to this for nearly 5 years.
Christopher Thompson, GCE, MC, OC, KR, SC, NS,
Rear Admiral of the Red, RMN
Third Space Lord, Bureau of Ships
The Right Honorable, The Baron Calabasas