SO WHAT'S THIS ABOUT?

The answer is rather simple - I was inspired by a post of one of TRMN members, wondering about possibilities as to how to get into gaming, as not everyone in TRMN is a gamer. Wait, what? I thought everyone is a gamer! Since gaming is such a nice venue to pursue, and can be done over distance too, I want to fill this little gap. Think of this as an introduction to gaming - it is more aimed at those of you, who haven't digged into the games much, but may potentially want to.

Eventually, I want to make small series out of this - the first installment then being focused on 'How to get into gaming' part, rather than the miniscule details or explanations about genres, and such. With the intent of introducing you to gaming - I will be very happy if you present me your own questions, following this little article.

When people see the word 'games' or 'gamer', different people imagine different things. For example - To me, that word has been heavily associated with computer games since my early childhood. It's admittedly where my specialization lies, as during part of my life, I played one game on competitive level and have been playing games since I was about six years old. Alas, I digress and that story is perhaps for another day.

Games or being a gamer is however not limited to just computer games. It can be anything from your classic, family games, such as Monopoly, or the good, old Tabletop (pen & paper) Roleplaying systems, such as Dungeons & Dragons. Or miniatures games, such as Warhammer. The key is to not limit yourself, when it comes to games. I believe everyone, at some point of their life, played a game, even if it was just a stint of common card-games. There are various types of games and even genres that you can enjoy and I also believe that everyone can find a game that will be fun for them.

As I mentioned previously - I want to go deeper into what the more "obscure" types of games (or even genres) are at a later point - as I imagine, if you never looked into it & are very new to this, your questions could be as much as 'What the heck is Roleplaying & tabletop?' - but for now, for the purpose of this write-up - let's focus on the 'How to get into it' part.

As I premised - when you want to play games; you are often not limited by your location. If you aren't as lucky to have a Chapter near you, this may be actually a great way to interact and spend time with your fellow crewmembers. Now, what kind of games can you actually dig into, over distance, and how?

Are as clear as crystal. Vast of computer games can be played online, and thus, rather easy to get into. It just comes down to finding a game that may potentially interest you - and similarly to tabletop & board games, there are plenty of genres to pick from. The main Pro's are, that the games offer a platform as to how to connect with each other easily and there's just so many of them to choose from.

They are usually games, that were traditionally played with a bunch of your friends, while meeting up at your friends' place. Or with your family. Luckily, for our purposes, you can take part in these games online as well.

One of the answers to 'how' is then an application, or game called Tabletop Simulator - which is essentially a sandbox, that lets you partake in classic games such as chess, Poker, Jigsaw, Dominoes and many others. But that's not the end of the possibilities - the community creates their own games for the platform, and as such, what you can do with it, is fairly endless.

Point worth noting is, that you will need to purchase it, but it is often on sale, both on Steam or HumbleBundle.

Another option, that is more for Roleplayers among us, is an application called Fantasy Grounds. It lets you play Roleplaying games with your friends online. The good thing about Fantasy Grounds specifically is, that only the Game Master needs a paid license, so if you are a player, you only need the Fantasy Grounds Demo, that is free to get on Steam.

The application itself, then offers a virtual 'table' for the players, with set of dices & Rulesets (more about that later), and many tools for the Game Master. If you ever wanted to give a try to Roleplaying games, but had nobody to play with in your area, this application lets you do this, online. It is fairly complex on its' own - as you can then get additional Rulesets for the RPG you are interested in, but let's not complicate things just yet for you.

What is fairly obvious, is that you will need to find people to play games with. Now that we have established at least some foundation as to what platforms are out there - let's look into the community aspect.

A TRMN Gaming Discord was launched in January. I definitelly recommend joining us there. If you have any questions, you are most welcome to ask them.

If you are brand new to this - I also point you out to my guide 'How to Discord'.

Last but not least - TRMN Facebook group is the staple backbone of all things related to our organization, so do not be afraid to ask questions there. Likewise, I offer my e-mail (sto@firstlord.trmn.org), if you have any questions. Should you be more inclined to use this write-up, as a place for your questions, posting directly under it - please do!

I had intended this little writing to be fairly basic introduction into the world of gaming, and yet, I did manage to exceed the intended length; while still wanting to go over more details; as there are so many small things, that someone, who haven't really looked into this area much, may find rather confusing. I know, and I implore you - if you have any questions, that you want me to cover, don't be shy, and ask.
Jill McTavish, Rachel Nevins, Fiona Clark liked this
Jana "Jan Darkrider" Otahal
Staff Tactical Officer to the FLA
Commander, RMN
HMS Royalist (BC-410), XO & Ship's Serviceman Instructor
13th Fleet (BatCruRon39) 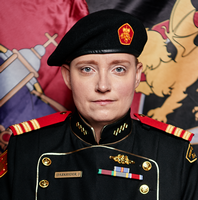