#32063  by Tim Simpson
Thu Oct 03, 2019 5:59 am
Is there any interest in playing a crew in the Firefly universe? They Serenity System is Cortex Basic, a simple system only a step upward from Savage Worlds, and uses polyhedral dice.

A few words on character creation in Cortex Basic:

The game will be set at the Greenhorn level, which is essentially level 1.

The first step is to assign 40 dice (by d2's, with d4 being the human minimum) to six Attributes, three physical, three mental:
Strength: physical power
Agility: speed/nimbleness
Vitality: toughness/constitution
Alertness: perception of the world around you
Intelligence: smarts
Willpower: strength of personality/stubborness

The second step is to assign 60 dice (by d2's, with d2 being minimum experience, and d6 being maximum for general skills and d12 being maximum for specialties [with the exception of the Renaissance Man Advantage, which ups the generic skill max to d8]) For instance, Jayne wants to take the skill firearms to the generic max d6 for six points, and then wishes to specialize in pistols at d8, shotguns at d8, and Vera at d10. He spends 6 points to bring his generic firearm skill to d6, then two more points for pistol, two more for shotguns, and four more points for Vera for a total Firearm point expenditure of 14 points, leaving him 46 more points to spend on other skills.

Equipment and money are fluid, as in you will be issued an appropriate kit for your character and any other items/more cashy money can be negotiated for in session zero, when we all get together to build characters and define the social contract.

As far as gameplay goes, the emphasis is on roleplay, not roll-play, but if a skill check is needed, the appropriate skill die is rolled along with the appropriate Attribute decided by the GM, and the result is added together and compared to a difficulty rating.

Combat is by rounds, and multiple actions per round incur penalties that stack up in the next round, so you can find yourself shooting at an enemy, dodging a bullet, and then at a disadvantage the next round when attempting to throw back a grenade that lands nearby your character due to the fact you acted more than once a round.

Play will be by Discord/Roll20.

If you would like to play, please indicate interest, potential character ideas, and availability times/time zone info by posting to the thread below. Table max will be 5-6 players.
CPTJG Timothy Simpson, GCE
CO, HMS Kodiak Max, CA-413
-and- Zephyr, Fearless Leaper,
Admiral of the Bleek 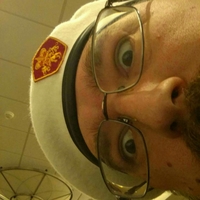