#35623  by Alex Shaffer
Thu Mar 26, 2020 9:59 pm
So, want to run the intro game of Age of Rebellion at some point, mainly since I am involved in a campaign of Edge of the Empire that sometimes GM sometimes play, but one of the other players made a dicebot that works wonderfully for the system. If we get people, short notice I know, can run it this Saturday at 12pm PST, or in a few weeks at same time. Let me Know if interested, we have one so far who claimed a pregen character.
Jana Otahal liked this
Alex Shaffer, KDE, CBM
Captain JG, RMN
Commanding Officer, HMS Ivanhoe 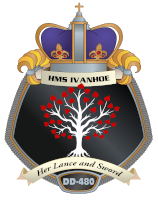