#35610  by Mike Pfeffer
Thu Mar 26, 2020 12:45 pm
I was morbidly curious about fallout from laser heads and other nuclear weapons used in the Honorverse. Normally, fallout is just dust particles that got blown around by a groundburst or other surface level nuclear detonation, so in space it can't be all that bad. Still, the actual metal and components of a nuclear weapon carry radioactivity - bomb fragments, etc.

I'm sure that with the sheer volume of any given star system, even a major fleet engagement would dissipate fallout pretty well, but thousands of nuclear warheads going off would still produce some bad stuff. The novels go on about radiation shielding on warships, but how well are civilian vessels and construction shielded? Is there the building code that mandates X amount of radiation protection in all space-based industry?

This topic is probably close to discussing the bylaws of the Royal Manticoran Navy BuDentistry but it was just something that came to mind.
Philip Culmer, Shire Smith liked this

#35611  by David Miller
Thu Mar 26, 2020 2:17 pm
Actually, I've wondered this myself -- more specifically how contaminated, and for how long -- are these areas of space where large starship battles involving tens of thousands of missiles and debris (those "white hot" fusion bottles going off) going to be? What about the debris of multiple ships laying around that one might accidentally fly into?

#35612  by Mike Pfeffer
Thu Mar 26, 2020 2:26 pm
IIRC a sustained fusion reactor used for power doesn't use any radioisotopes or radioactive materials - I'll let someone who actually knows correct me on that. I'm guessing an Honorverse fusion reactor is running on stuff powerful enough that when containment fails, bad things happen, e.g. warp cores going critical or whatnot.

The thing about debris would be more a question of orbital mechanics and sensors. Given the sizes of ships and the sophistication of their sensors, and the existence of radar, it's probably safe to assume that ships can detect and avoid debris or just bop it aside if it's small enough debris and a big enough ship. Irradiated debris depends on what kind of radiation but that goes back to the shields and navigation question. Also, debris large enough to be a concern depends on the vector of the debris and what kind of gravity it meets up with. I know as much about orbital mechanics as I do about fusion so again, I leave that to the experts, but I'd guess that debris would get captured and go into orbit of something big enough.
David Miller liked this

#35615  by James Johnson
Thu Mar 26, 2020 6:01 pm
That's a good question. Short answer is the mass of the missile. Since laser heads are used more than strictly nuclear warheads, I assume the question is about radioactive debris from the missiles, rather than contact nukes used against ships.

The missile itself will likely vaporize given the temperatures of the explosion. The size of these particles seem to be about the size of particles that can be suspended in atmosphere : 10 μm to 20 μm in diameter. (These are sufficiently large enough that an N95 mask would block most of them.) The mass of 'fallout' will not exceed the mass of the missile, but not all of it will be fission products, or un-fissioned material with longer half-lives. While there is short-term radioactivity, most of it should die off about a month (3-5 weeks) later.

It's also unlikely they are just floating out there, since they are a result of an explosion, so those microscopic particles are traveling out from the center of the explosion. Particle shielding on most ships, military and commercial, should be capable of handling it.

Technically, it's not fallout, as that specifically refers to the particulate debris of an explosion suspended in an atmosphere, and then 'falling out' to disperse across the land.
James Johnson
SGTMAJ RMMC
Command Sergeant Major, Instructor RMMCTC

#35617  by CAPT Thom Shartle, QMB
Thu Mar 26, 2020 6:55 pm
I don't believe laser heads would be used against ground based targets - it doesn't make a lot of sense. The nuclear detonation is a secondary destructive force - channeled into a laser beam (which is the destructive bit that attacks the ships).

If they were looking to beam weapon a ground target, they would probably use Lasers / Grasers.
Thom Shartle, QMB
Commander, RMN

#35618  by Mike Pfeffer
Thu Mar 26, 2020 7:09 pm
I guess it comes down to total mass of irradiated particles P divided by volume of space V somehow compounded by the isotopes' half-life H. I suck at math but that sounds reasonable - the irradiated particles keep expanding outward at whatever velocity they expand at as they decay over time. Given the sheer size of space itself it's likely not as bad as I initially thought.

#35619  by Tomáš Váca
Thu Mar 26, 2020 7:19 pm
Laserheads are still nuclear (fission) warheads. They only channel the energy not to hit but to power lasers. I would think either way the missile will be vaporized. And about the radioctivity I am no expert.

For the ground targets missiles are Overkill. They will be better used as physical projectiles, with their speed you dont need warhead to crack surface. The same for energy weapons. One dreadnought is said have enough firepower to shatter small moon. You can quite easily crack whole planet. 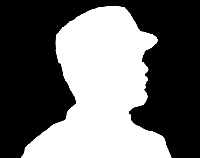 #35625  by Philip Culmer
Thu Mar 26, 2020 10:17 pm
I've not done more than surface level skimming of the subject, but IIRC, there is a certain amount of radiation from the plasma in fusion (much like there is in hydrogen bombs, which use a fission explosion to trigger a fusion one). Whilst that from the fusion reaction itself would die with the reaction, it would also be irradiating the plant around the fusion bottle, and probably also whatever in the way of heat exchangers, turbines, etc, was converting that energy into usable power, given that gamma radiation and the like are too short a wavelength for photovoltaics, so the main output would be the heat of the reaction.
I'd expect the plant around the bottle itself to become radioactive in the same way that the containment and plant of a current technology nuclear power station does - not just becoming radioactive, but needing maintenance from the metal fatigue, etc, due to radiation induced faults in the metal's crystal lattice.
As a proportion of the general quantity of debris from a bottle failure, it would probably be small, but it would be present, and possibly (at varying levels of activity) similar to a similarly sized fission plant, of which the fuel is only a portion. Like a fission plant, the close to the reaction, the higher the level of activity - i understand that fresh fuel rods, before they are put in the reactor, can safely be handled with gloved hands; once they have been in and have "heated up", so to speak, they are too radioactive to even approach.
SIr Philip Culmer, KDE, MC, KR, QBM, MIS, MP
Surgeon Lieutenant Commander, RMN
Speaker of the House of Commons

Tomáš Váca wrote: ↑
Thu Mar 26, 2020 7:19 pm
Laserheads are still nuclear (fission) warheads. They only channel the energy not to hit but to power lasers. I would think either way the missile will be vaporized. And about the radioctivity I am no expert.

According the the appendix to Storm From the Shadows the warheads are fusion based not fission, as is the onboard reactor for DDMs. Pre-ghostrider missiles apparently used some sort of "capacitor" for energy storage.

I don't remember if it's been stated explicitly but I think they use gravity manipulation to squash the fusion fuel really hard to trigger fusion. So any radioactive debris would be either due to fusion products that are radioactive (that's less of an issue than with fission), or induced radioactivity in the debris. Since the warhead presumably uses a reaction that produces mostly gamma radiation rather than alpha or beta (gamma is what's needed to excite the lasing rods), I would assume that induced radiation is not a significant issue since I think it's mostly mostly alpha radiation that causes that induced radioactivity.

I expect the debris is of more concern due to its velocity than any radioactivity, even when its the debris from a fission powered LAC. Even then space is big. To quote Douglas Adams: “Space is big. You just won't believe how vastly, hugely, mind-bogglingly big it is. I mean, you may think it's a long way down the road to the chemist's, but that's just peanuts to space.”
Philip Culmer liked this
Kevin Smith
Lieutenant (SG) RMN
Communications Officer, HMS Centaur (CLAC-02)
Communications Officer, Victoria Station 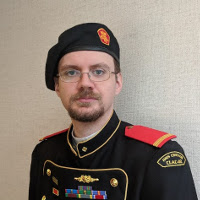 Almost anything under impeller drive is going to be on a hyperbolic orbit within a few seconds to a minute of acceleration. For example - if you leave Earth and are accelerating in the same direction as the earth orbits the sun - you need only ~60Km/s to reach enough energy to escape the solar system. For a warship that's 8-12 seconds of military power. For a merchantman it's a bit longer - 30 secs at 200G. For a missile doing 96000G it's reached escape velocity before it's even realized it's in space. After a full period of acceleration, a missile is going so fast that all the components that survive the nuke are on a one way trip into interstellar space at a significant fraction of the speed of light.

I'm not sure about shock wave speeds whether any particles would get decelerated to non hyperbolic speeds (I really doubt it) - so I think the answer is that it doesn't matter if the missiles are radioactive - they're gone and everything that was part of them is gone into interstellar space. Which is big, empty, and no-one goes there.


Kevin Smith wrote:I expect the debris is of more concern due to its velocity than any radioactivity, even when its the debris from a fission powered LAC. Even then space is big. To quote Douglas Adams: “Space is big. You just won't believe how vastly, hugely, mind-bogglingly big it is. I mean, you may think it's a long way down the road to the chemist's, but that's just peanuts to space.”

High velocity debris is going to be an issue for a few hours to days after the battle. I would imagine rolling to put a wedge between you and a battle site would be good practice.
Philip Culmer liked this
Colin Lloyd, KDE, MC, KR, QBM, CBM
Rear Admiral of the Red, RMN
Deputy 6th Space Lord
Baron New Ayers 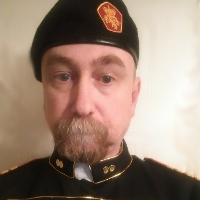